Saints that Were Persecuted or Let Down by the Church

Something that's been weighing heavily on my heart lately is a feeling that I can't depend on or trust the Church.

The greater scandals, a scandal in a religious organization that I grew up around and consider family, and what happened in my own case, have all led to a deep distrust in the institutional Church. I don't think I'll ever be able to trust a priest for advice in the same way again, and I struggle with how I'm going to navigate Catholic community life and keep my children safe without making them afraid.

In this dark time, I've been introduced to a few people who have also been through a season of betrayal by God's Church.

It's funny, but these people seem to have gone out of their way to find me. It's ironic and tragic that some of the heaviest crosses laid on the shoulders of the saints have been put there by the hand of that which was supposed to be their support.

At the same time, I'm thankful that this is nothing new-- we have mentors who have walked this road before.

So I thought I would devote this week to talking about these men and women.

Alas, once again, I seem unable to make it to seven. I tried. I really did. But I couldn't come up with seven saints. Guess that just means I need to read more saint stories.

1.) St. Joan of Arc
St. Joan of Arc was someone who could have only come out of the Middle Ages. A teen peasant girl who had mystical visions of saints and angels, she went to the King of France, requested an army, was given an army, and won several military victories for France in their war against England.

(Why she isn't a bigger deal in this age of 'female empowerment' is a complete and total mystery to me. She was a teen girl who was an ACCOMPLISHED MILITARY GENERAL for crying out loud).

She was eventually captured by the English and condemned to death by Bishops. While they were English Bishops with an obvious political agenda (to humiliate their French adversaries), it was nonetheless princes of the Church who sentenced her to die of crimes she was innocent of.


St. John of the Cross was, along with his friend St. Theresa of Avila, a reformer in the Carmelite order. He and St. Theresa held their religious communities to a higher standard, requiring a simpler and more austere lifestyle.

Also, he could draw.

The reforms he pushed, which included such things as stringent fasting and not wearing shoes, did not win him many friends. At one point, a group of Carmelites opposed to reforms broke into the place he was staying, kidnapped him, and hauled him in front of an inquiest that basically hung him out to dry. They imprisoned him in what basically amounted to a closet on their monastery grounds. They fed him only bread, water, and tiny bits of fish, kept him confined in his tiny little closet, and (this is the really wild part) would haul him out weekly and beat him up with a whip in front of the entire community.

So to sum up, a religious order forcibly kidnapped a guy, put him on starvation rations, kept him in a closet, and publicly tortured him.

He was trapped there for eight months, and finally got out by crawling through a hole in the wall. He had to be nursed back to health (in a hospital run by St. Theresa's sisters) for six weeks after his ordeal.

More about St. John of the Cross here.

Foundress of an order of religious sisters known as the Josephites and first Australian saint.

St. Mary's order was involved in the running of several schools and orphanages. It came to St. Mary and the order's attention that a priest was sexually abusing children at one of their schools. They reported him to their bishop, and he was sent back to his home country of Ireland.

Unfortunately, the priest in question had a priest friend who had a position of influence with the bishop, and an agenda of revenge on the sisters. He engineered a situation demanding a change in the constitution of the Josephite order that would have basically left them homeless. St. Mary refused to make the change, and the priest was able to convince the bishop to excommunicate her for it.

She was left homeless, forbidden to contact anyone inside the Church, for five months. At the end of those months, the bishop who excommunicated her found himself on his deathbed and lifted the excommunication, and she was able to resume her work.

Because a major factor in her excommunication was an exposure of sexual abuse, her story especially resonates with me.

More about St. Mary of the Cross here.

An Austrian farmer who refused to fight for the Nazis during World War II. He was eventually imprisoned and executed by the government for refusing to be a soldier.

During the time leading up to his imprisonment, he went to his church leaders and even his bishop.
Pretty much all of them said he should just turn a blind eye to the fact that the war was unjust and submit to being a soldier. His parish priest and his bishop both refused to support him.

"It's the leaders who are making these decisions, not you. You're not responsible for what you're being ordered to do."

He still refused, believing that since he had free will, he was being called by God to use it to resist injustice, even at the cost of his life. He showed a stunning example of what it means to follow what you believe to be right, even if it means that you stand alone.

More about Blessed Franz here (taken from the introduction to a book of his letters, scroll past the movie poster image).

Some pictures of him and his family.

The trailer for the movie about his life that's coming out (probably the only movie trailer that's almost made me cry).

Well, that's all I've got. I'm positive I missed some (or a lot). Please share which ones I missed in the comments. 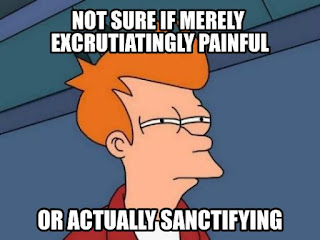 Laughing at the Pain-- NFP in a nutshell

If you're at all connected with the Catholic Mommy blog-o-sphere on social media, this means that your feed this week has been flooded with blog posts talking about what NFP is, how great NFP is for learning about womens' bodies, or how hard NFP is, or how sanctifying NFP is, or how to know when to use NFP, or how more parishes should teach NFP, how it can actually be ok if NFP doesn't work out how you planned, and maybe even a couple ones on how much NFP can really stink.

(If this isn't true of your feed, I've linked to some good blog posts).

All of this is true.

What I haven't seen much of is any examples of how funny NFP can be.

I mean, c'mon guys, it's sex. Sex is funny just because it's sex. Countless comedians can attest to this.

Add to that the fact that comedy tends to be primarily about pain and the awkwardness of the human condition.

Ergo, NFP is an untapped comedic gold mine.

And so, I present to you, a colle… 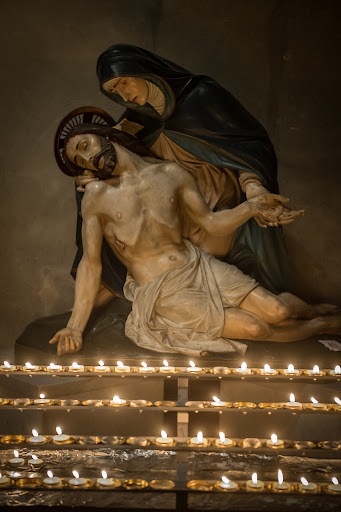 Lent and Scruples: A Survival Guide

Note: I am not a professional counselor, nor am I a trained spiritual director. The following recommendations are drawn purely from my own experience and what I've found has helped in my own struggle with this disorder. If you have a spiritual director or counselor whom you trust, you shouldtake their word over mine.

When you're scrupulous, Lent can be one of the most stressful times of the year.

Scrupulosity is a manifestation of OCD where the sufferer fixates on the proper practice of their religion. Because Lent is a season of the year where we are called to focus on our sinful nature and to fast, people who tend to hyper focus on their sinful nature can end up taking the fasting to an excess pretty darn fast. When that focus extends to fasting from food, it can even become physically dangerous. 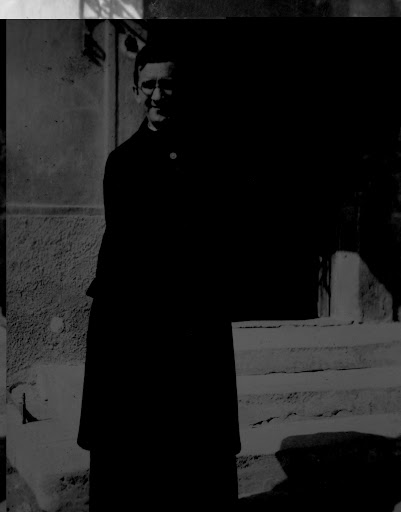 Wolves in Shepherd's Clothing: On Setting Boundaries and Abusive Priests

Disclaimer: I am not a therapist nor am I a mental health professional. The following are observations and conclusions that I have come to as a result of my own experience.

As a survivor of clerical sexual abuse perpetrated on me when I was a young adult, I believe that we need to have an honest conversation about what a healthy relationship between a priest and those under his care looks like, even those that don't fall under the commonly understood definitions of vulnerable.

I understand that this is not an easy conversation to have. I don't want to think that any priest I know would seek to use or abuse me. I don't want to entertain the thought that I would be taken advantage of for his emotional or sexual gain, or that he'd break his vows and betray what is, in many respects, a deeply personal and intimate relationship.

But the truth is that priests are people too; they're fallen mortals like the rest of us, and sometimes they break their vows. Sometimes, they…